BRADFORD SCHOOL CHILDREN TAKE A TRIP BACK IN TIME

A dozen Year 10 pupils from Laisterdyke Business and Enterprise College in Bradford have visited a World War II museum in York to discover more about their ancestors. 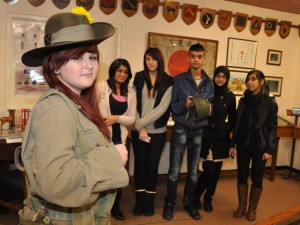 Pupil Sarah Wright (15) models a British military uniform from the 1940s to other students from Laisterdyke Business and Enterprise College in Bradford.

The Kohima Museum, based in Imphal Barracks, Fulford, York commemorates the deeds and actions of the British 2nd Division from 1942 – 1946 paying particular attention to the Siege and Battle of Kohima. It hosts a vast selection of memorabilia from the event including war diaries, uniforms, medals, maps, charts, ground photographs and weapons.

The students witnessed the visual differences in warfare between 1942 and 2012 by examining different artefacts, and speaking to Gurkha soldiers from 2 Signal Regiment about their modern day experiences. They also had the opportunity to model military dress from the different periods, and discover what life was like for an every day soldier by marching across the barracks to the Kohima Restaurant to sample what the military of today eat in the battle field. 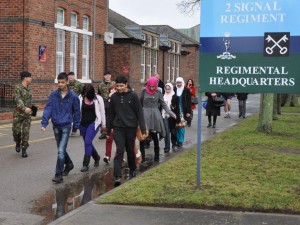 WO2 Shamim Ahmed from the Royal Logistics Corps, who hosted the visit said:

“It’s very important for these teenagers to find out more about their shared history, especially their military history where some of their Great Grandfathers would have taken part in the Battle of Kohima, preventing the Japanese invasion into India. They need to realise that although we live in England, their ancestors equally took part in the battles of the Second World War along with other countries. 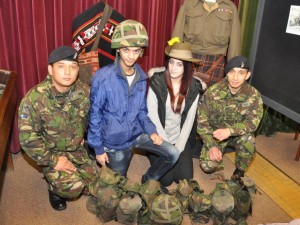 Pupils Owais Masood (15) and Becky Keaney (15) try on the kit with Ghurkha soldiers from 2 Signal Regiment.

“Hopefully visiting the Barracks has opened their eyes up to the possibility of an Army career too, and given them an experience they haven’t had before.”

The school visit was co-ordinated as part of the Prince of Wales’ Mosaic Mentoring programme, which inspires young people from deprived communities to realise their talents and potential. The programme links young people with inspirational role models to boost their confidence, self-efficacy and long-term employability. 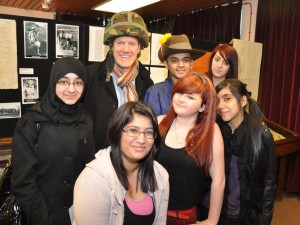 Gerard Liston and some of his students.

““Working with employer guests like the Army adds a lot to students’ opportunities for learning, giving them a taste of life beyond school. The visit to the Museum and Army Barracks has been excellent creating a great incentive, and a super variety of experiences that would not normally be open to school children.”
Pupil Sarah Wright (15) from Bradford said:

“The visit’s been really good, I’ve really enjoyed myself. The artefacts that were on display in the museum were interesting and I didn’t think they would have things that old on an Army Camp. The marching was really fun too, but a bit tiring!” 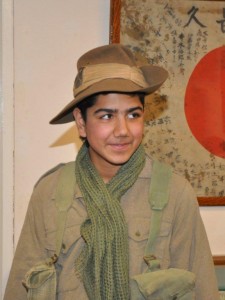 “I learned a lot of stuff I didn’t know before, especially about Army life with how the soldiers feel and the gear they have to wear. You can see how much their kit has improved; I was shocked at what they wore back in World War Two. It seemed really light and not as strong as what they wear now.” 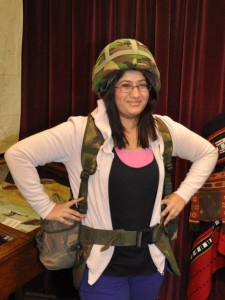 Right you lot! Get fell in!

The College then went on to visit the “We Were There” exhibition at Kala Sangam, Bradford which highlights the contribution made by the people of Asia, Africa and the West Indies to the defence of Britain going back 250 years.